My body's bad enough it can't even stand a day's outing, but I'm doing my best and living.

It's sad how having a fun outing makes me feel good but makes my body worn out.

We talked about moments you cried from happiness, and while I didn't cry when I passed my entrance exams or when I won the grand prize live, I cried a bunch when I did arena Rajang damageless on Tarotaro Cup, which is so funny.

To meet with a woman, I went to look at clothes with a different woman (as a woman), yet all that remains of it is meal photos. 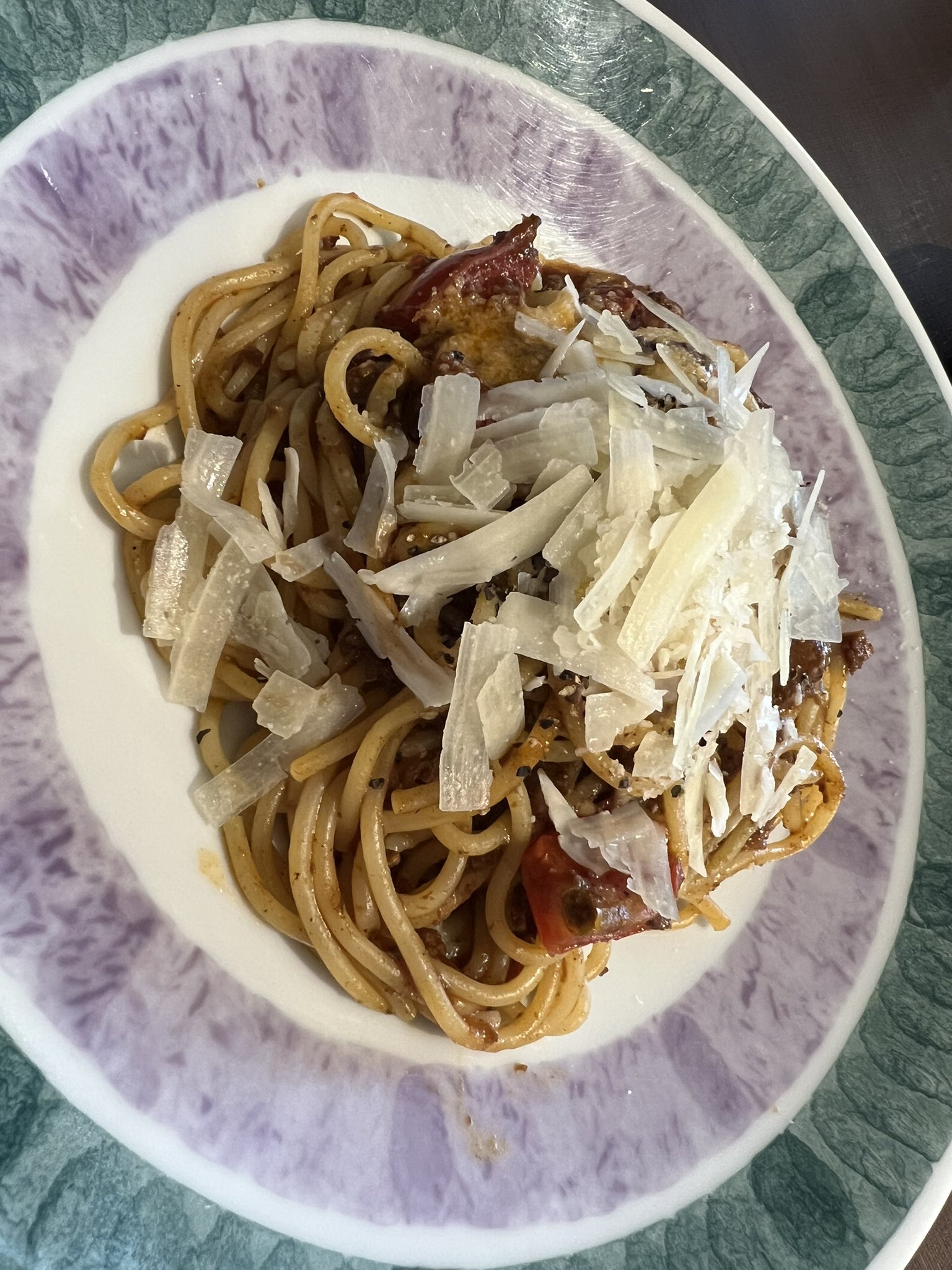 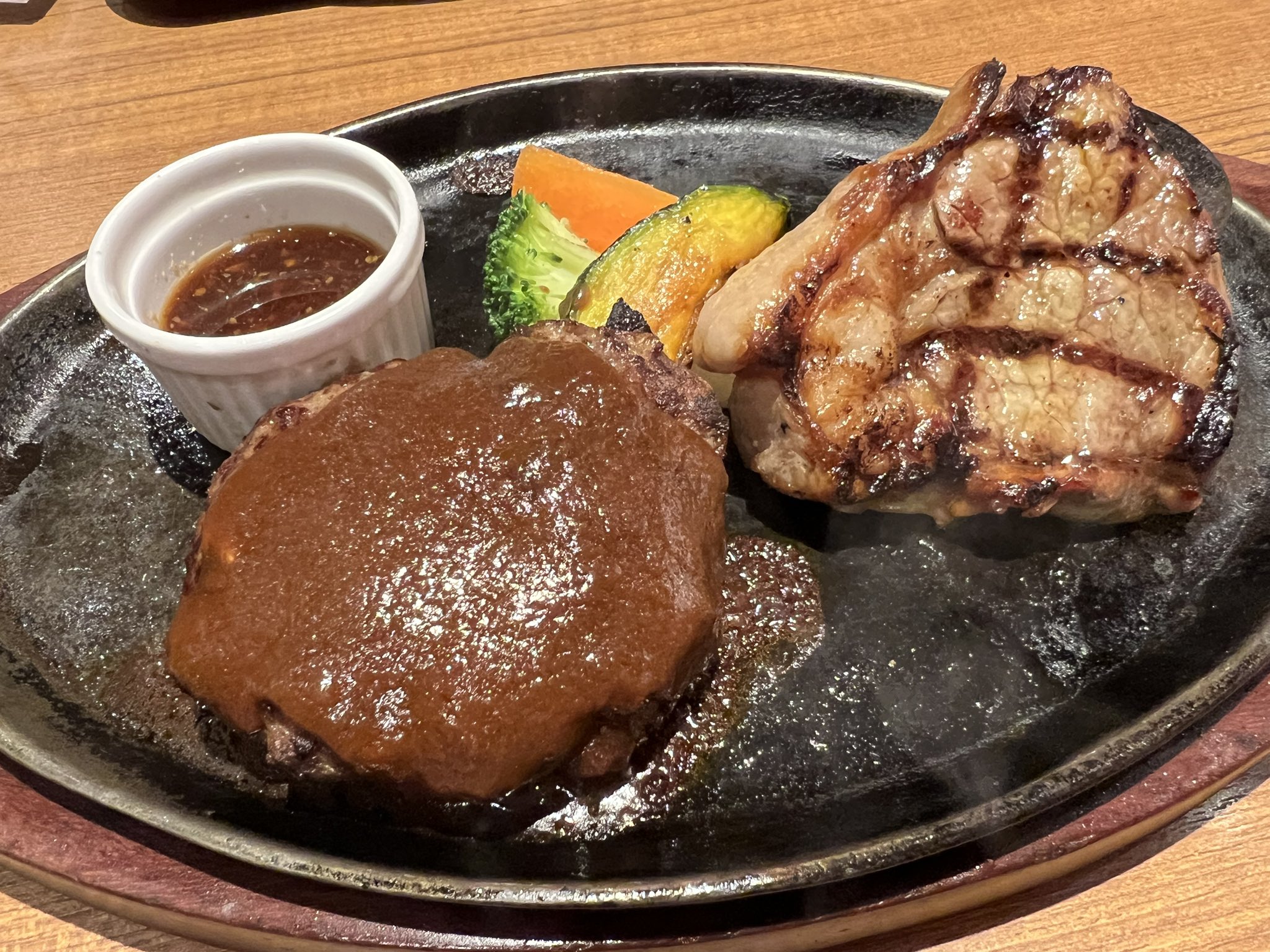 I'm interested in whether humanity will move into space in a residential sense or if they'll perish first, but I don't know if I'll get to see it happen, so I just want to be told the outcome. I'm confident my average self isn't statistically special, so when it comes to doomsday arguments, I support the majority. Here's to a good match.

Humanity spending time investigating the unknown seems like it might result in them ruining themselves, but they're real interesting.

Seeking meaning and cause and effect in everything is like some kind of bug in humans caused by fear of the unknown.

Whenever I'm about to get depressed thinking the world wouldn't care one bit whether I'm there or not, I'm instead like "Why're you assuming you'd be indispensable to the world? Talk about overestimating yourself LOL" and I LOL.

I want all humanity to buy Spitfire already and produce more pop music abundant with strings.

[Re: song name contest] Finished with selections at long last.

In the same way you should stan someone while you're able to stan them, you should buy synths you're interested in before they go out of production. End of explanation.

The flute is Vienna.

To explain how powerful Spitfire Chamber Strings is in a way even people who don't know music can understand, it's about as strong as Flaming Espinas's arm equipment.

Please, don't put any stock in that talk going around recommending jewelry as a Christmas present for women.
What women really want is SPITFIRE CHAMBER STRINGS PROFESSIONAL. 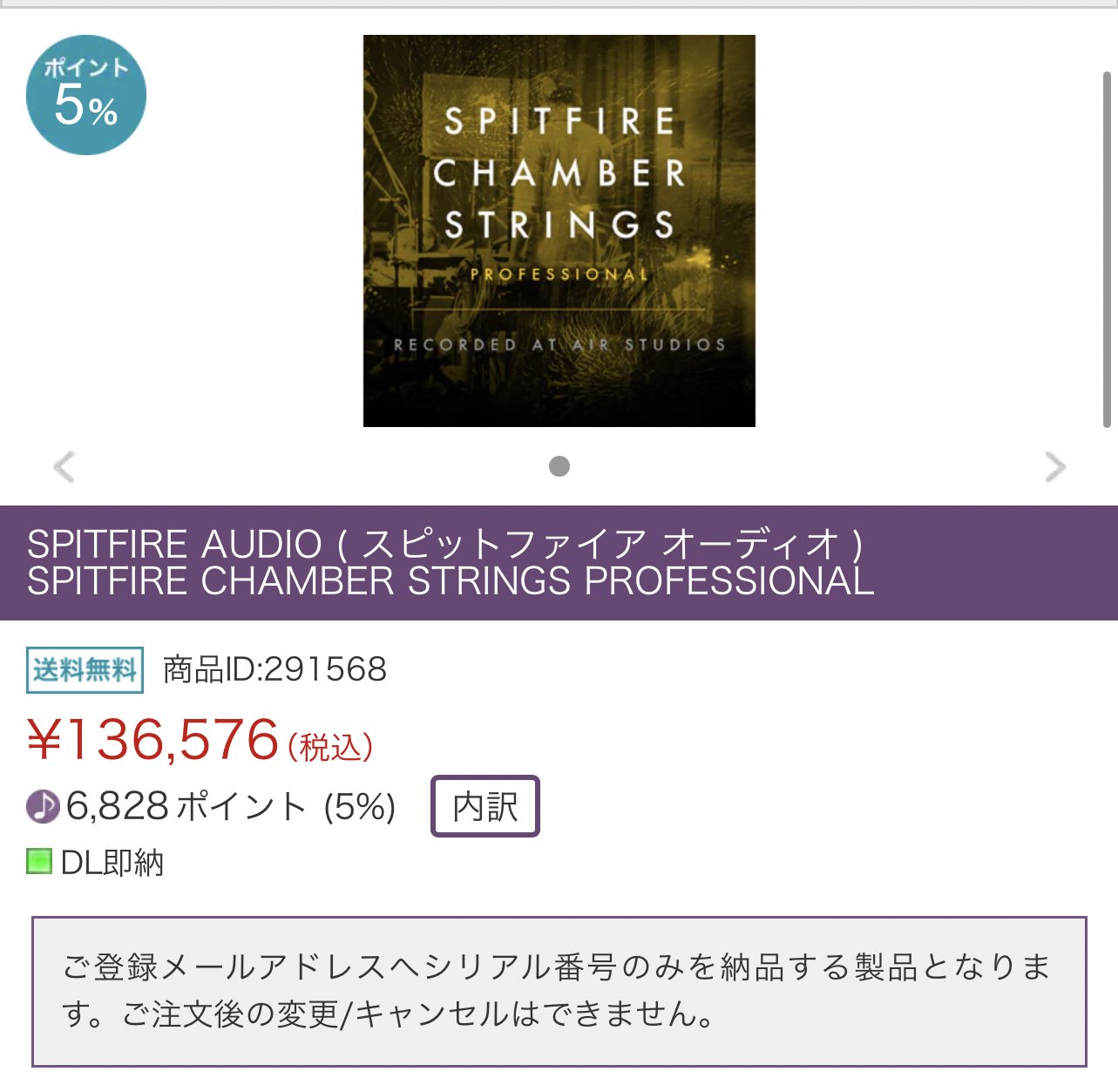 Thank you for the premiere. :teacup:
Please continue to check out my new song.

The Earth is actually flat, and the Apollo project was a studio shoot, and in the basement of Kappa Sushi they're forcing kappa to do hard labor. I know lots of stuff.

I love shooting on location.

RT @a2487498 Apparently, the Apollo project was actually a farce to cover up the fact the moon doesn't exist. NASA had a famous film director create that video, and they even went as far as shooting on location to make a perfect fake.

I'm a Vtuber who broadcasts to the world the joy of longsword.

When I play Monster Hunter is when I feel most alive.

I just got done with a stupid amount of gaming, yet I'm doing well against Anomaly Furious Rajang.

Let's all play Splatoon together.
[Splatoon 3] Adult Socializing 2 [Link to her Twitch]

[Re: the synth serial number not working] Sorry, this was my bad.
[Screenshot of a warning on the product page explaining that it's just a preorder, and actual release is planned by the end of 2022]

"Resistance" has a refreshing melody, but it's about feeling it's far too simple to despair in this world, so it's dark.

Or rather, someone please let me reharmonize your song to a baffling degree.

Perhaps the next song OSTER project all-out arranges could be yours.

I didn't upload as many videos as I thought this year, but I worked pretty hard just making this one, so it's fine.
Meltdown (OSTER project All-Out Arrangement!)

[Posting info about her Meltdown remix being nominated for NicoNico's yearly awards] I was actually nominated, so I hope to have your support.

Nice to meet you. I'm a youngster who's been active online for over 15 years. My favorite song is Akira Fuse's "You're More Beautiful Than a Rose" [1979]. Please subscribe to my channel.

In which I bought a new instrument synth but the serial number I was sent was invalid.

RT @utbutb [Re: Kassy Has Arrived] Roset-chan's singing voice is cute, so I hope she gots lots more work.

I'm sorry I haven't been able to stream composition much this year and my Fanbox has stagnated, but I've been making lots of music in real life in that time, so please look forward to it. :folded hands:

There's not much of the year left, but there are still more jobs to announce within the year. I think there are. I wonder if there are. Well, you better get prepared anyway.

I've been rendered unable to live without periodically watching a movie while eating fried food at a friend's house.

[Announcement]
I provided vocals for the song Kassy Has Arrived!! :folded hands: :microphone:
The video and music are super cute too. :heart:

Ningen-tte Ii Na being introduced on YouTube: "The TRUE Meaning Behind "A Bear Cub Watching Hide and Seek"? You Won't Believe The Real Reason His Butt Was Showing..."

The antonym of sine is arcsine. (strong belief)

I don't know that much about the origins of Celsius and Fahrenheit, so I can't really say, but isn't it like the antonym of gram being pound? Am I wrong??

There was a quiz show with a question that was ike "the antonym of Celsius is Fahrenheit" and I was like "hello???", but when I looked it up it actually came up as an antonym, and I was like "huh..."
[Screenshot of Weblio showing them as antonyms; notably, the Japanese words are entirely unrelated to the English ones and share a kanji]

Sunbreak's a godly game, but I wonder if there'll be anything to address the issue of the endgame content of Anomaly research quests not having to do with Malzeno, the main monster of Sunbreak.

Thanks for coming to the stream. It took a super long time, but I've gotten up to Anomaly Research 180. I hope to have your continued support.

Stream went down, but I resumed it.

Could we say I'm an 18-year-old who's been active online for over 15 years?

If you count starting from Vocaloid, I'm a streamer who's been active online for over 15 years already, so don't worry, you can stan me. :smile with open hands:

I wanna stream more next year.

Once I take care of some things, I'll stream Monster Hunter today.

It's the Hunter Exam arc and Zoldyck arc, so Genthru does not appear. The end.

I definitely wanna go see the Hunter x Hunter stageplay, and I want Bomber to grab me and disarm the bomb in my back.

The cause of your back pain is that you momentarily use Suppress just before protecting your back with Temper. Today, we'll be training so that you can smoothly execute aura fortifying movement.

I had a dream a chiropractor said this to me.

I want to be born as a dog for a rich family. Thanks in advance.

I made pasta sauce in the morning, and when I went to eat, I noticed I was out of pasta and went to the supermarket to buy some, so I've used up all of my energy for today. Good effort.

The 19th's got this one. [Retweeting announcement of a demo song she wrote for new VoiSona voices Kirune and AiSuu]

It's the end-of-year song unveiling rush.

Let's lead a revolt against this world where it's all too easy to despair.

I've got fortune and fame now, so I don't need wings. 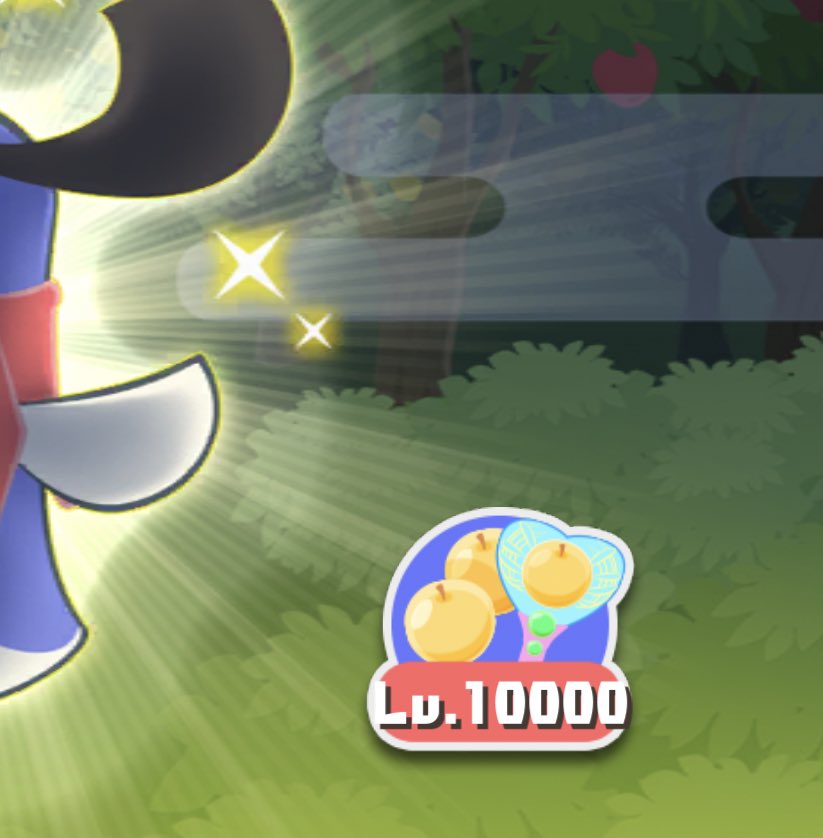 My birthday project is turning into a Christmas project, but I will get it done before the year's over.

My stamina is such that after making one song, I want like a month of rest.

I told someone I was playing Monster Hunter on my computer and they were like "Frontier??"

There's a lot of art that wouldn't have been created if people hadn't been born perverted.

Which is to say the "ting!" invulnerability sound when you're hit with an attack mid-Squid Roll feels super good, in which case just play Monster Hunter dammit.

Given this is the most fun moment I had playing Splatoon after a month, I'm so not suited to this game.

[Screenshot of a ChatGPT conversation:
"OSTER: Do you know OSTER project?
ChatGPT: I'm sorry, but I don't know about OSTER project. I'm a large language model trained by artificial intelligence. I'm unable to answer about specific technical knowledge or information. Please tell me how I can be of help.
OSTER: Piss off"]

If I, who was a brat with a strong desire for recognition, hadn't been watched over warmly by those around me, I don't think I'd be doing the work I do now, so I feel super blessed to have had the adults around me.

A big reason I don't ever want to be a teacher is I myself was so much of a problem student.

I'm a brat who in first grade music class, while everyone was playing keyboard harmonicas, would go and harmonize three notes up and make the teacher mad at me.

RT @hirasawa Q. What was the first intense emotion you felt toward music??
A: Discomfort. At music time in grade school.

What age did you have to reach until you learned this was a gesture for "I can see your underwear"?

What meaning does it have when a kid you liked in grade school shows up in a dream?? 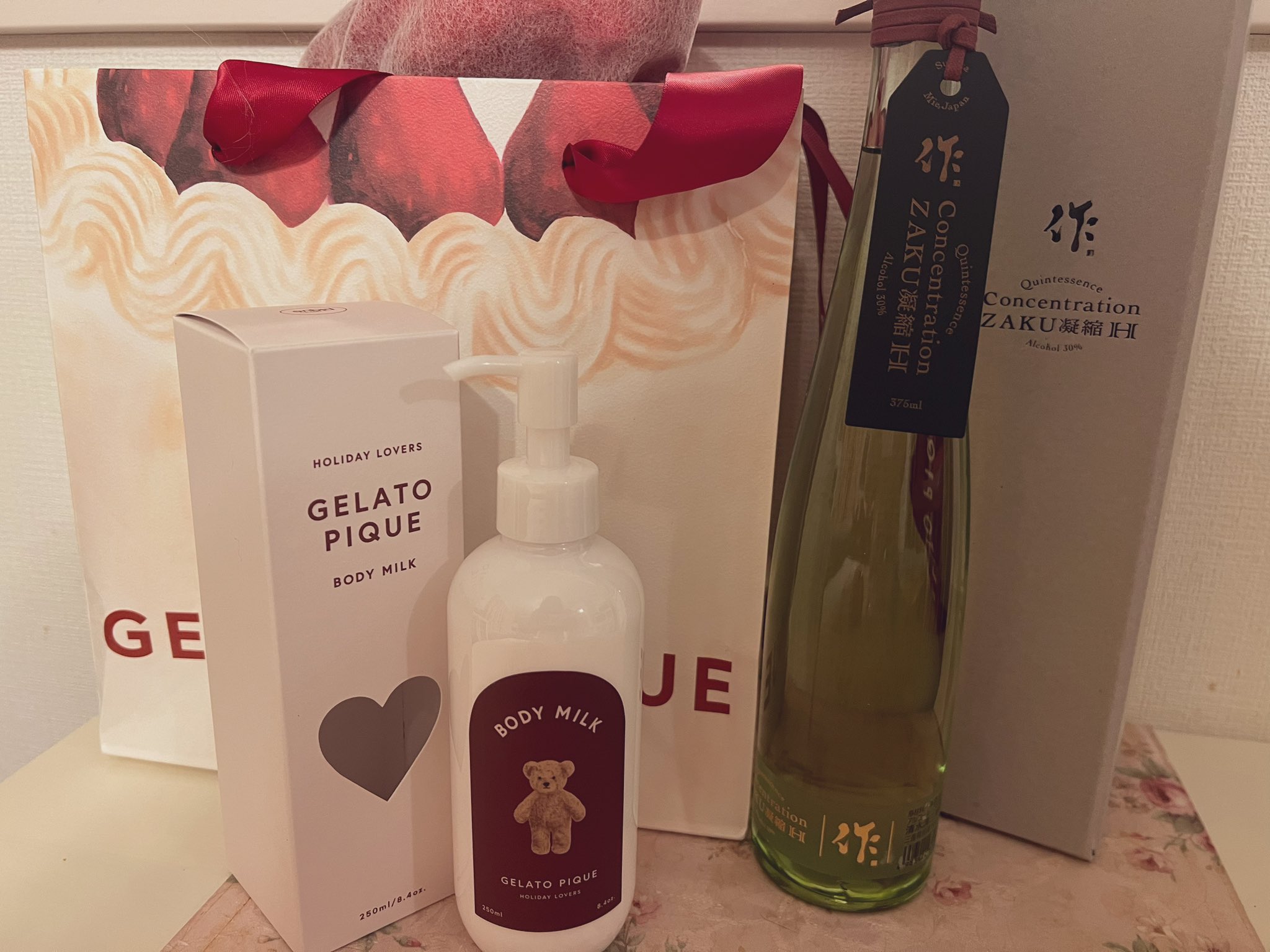 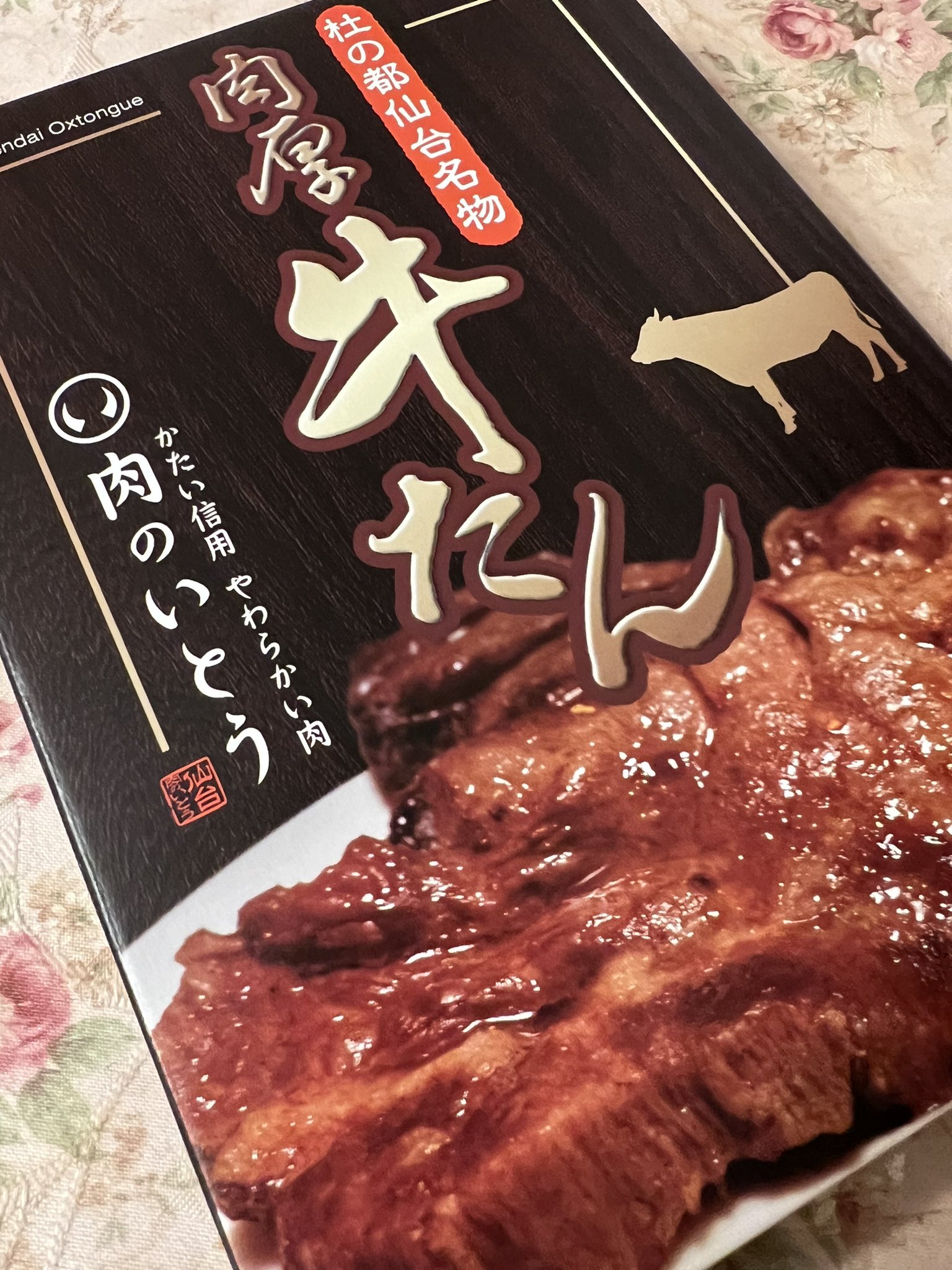 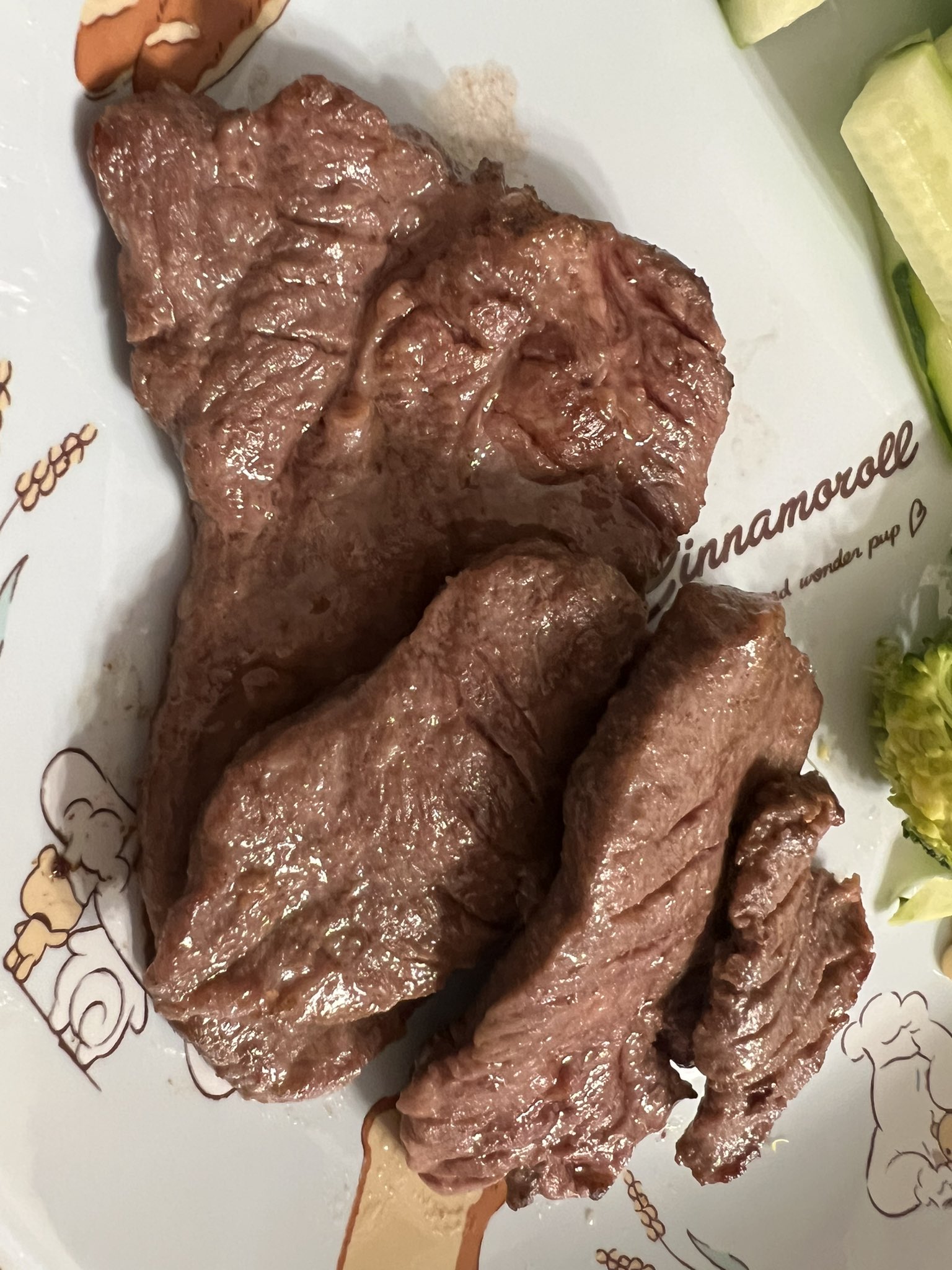 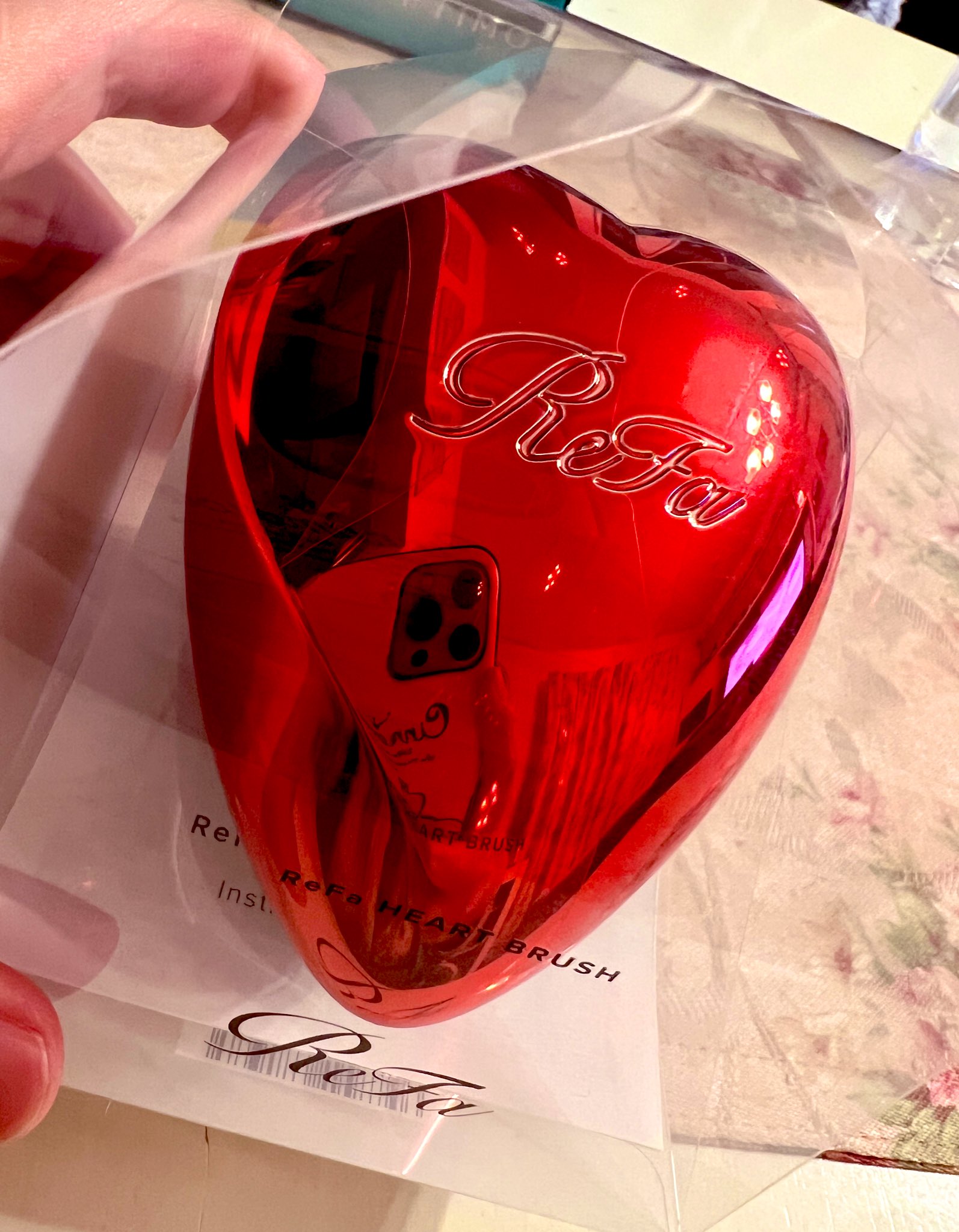 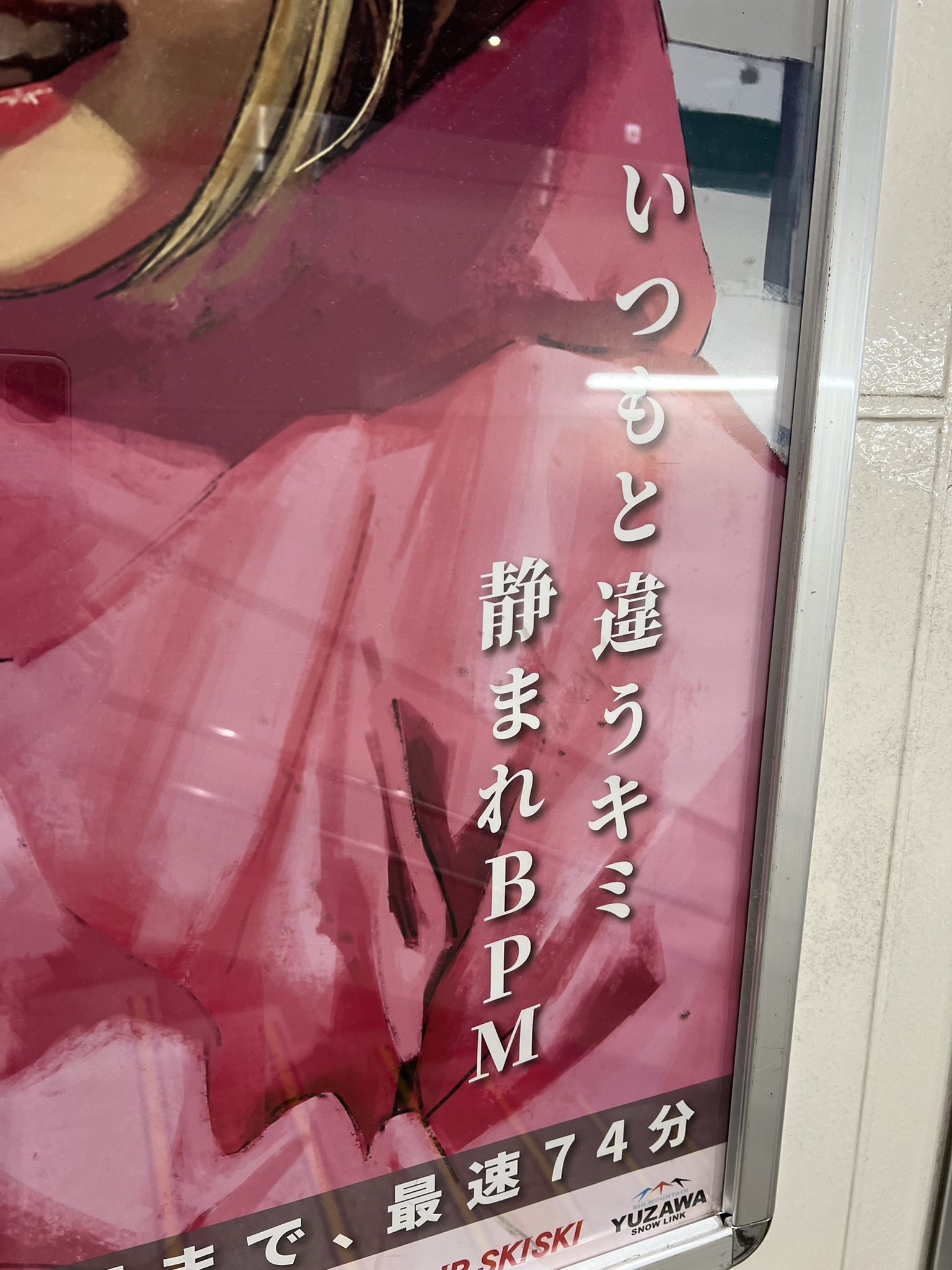 ["A different you from usual / Let the BPM settle down"] 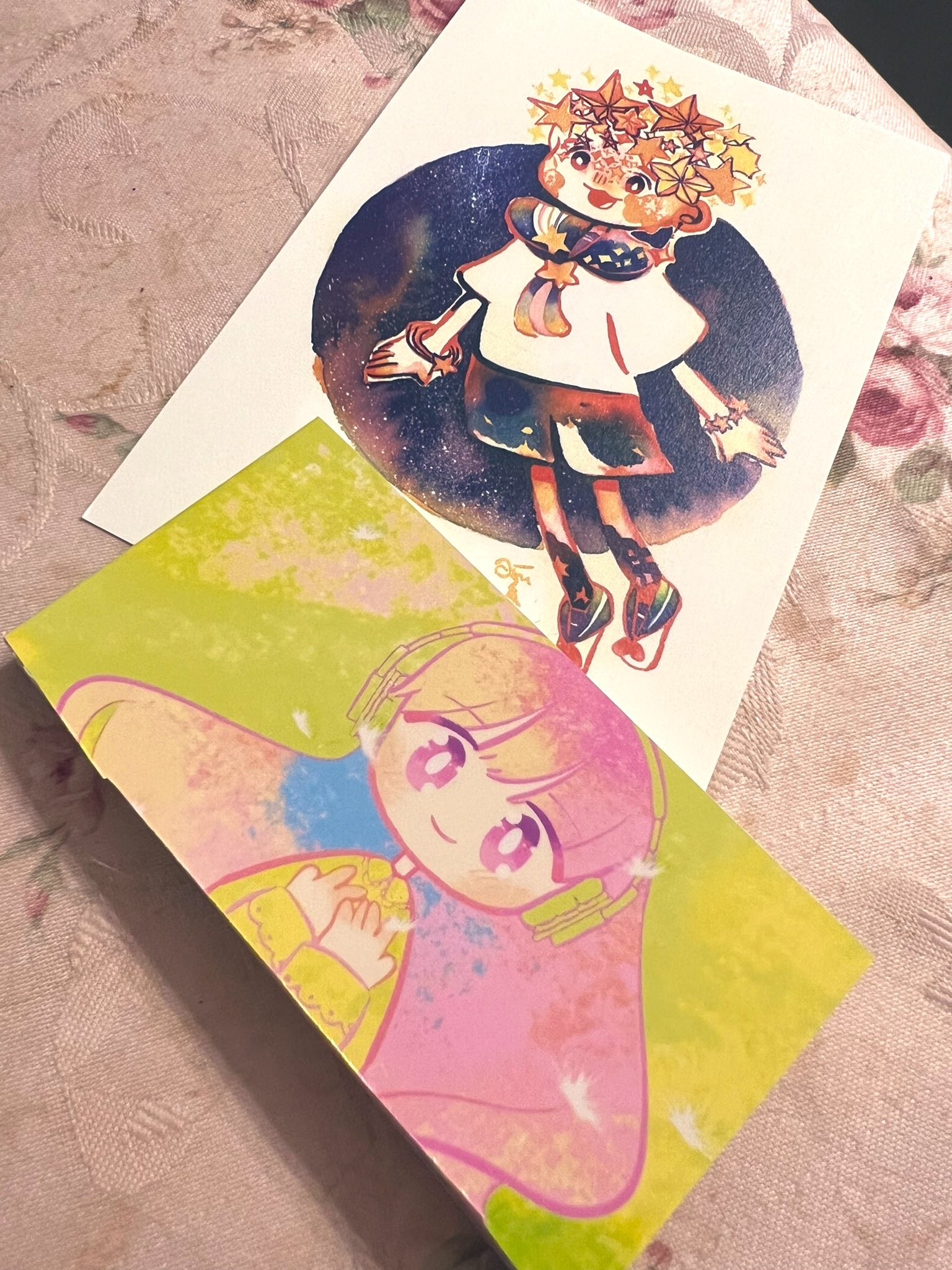 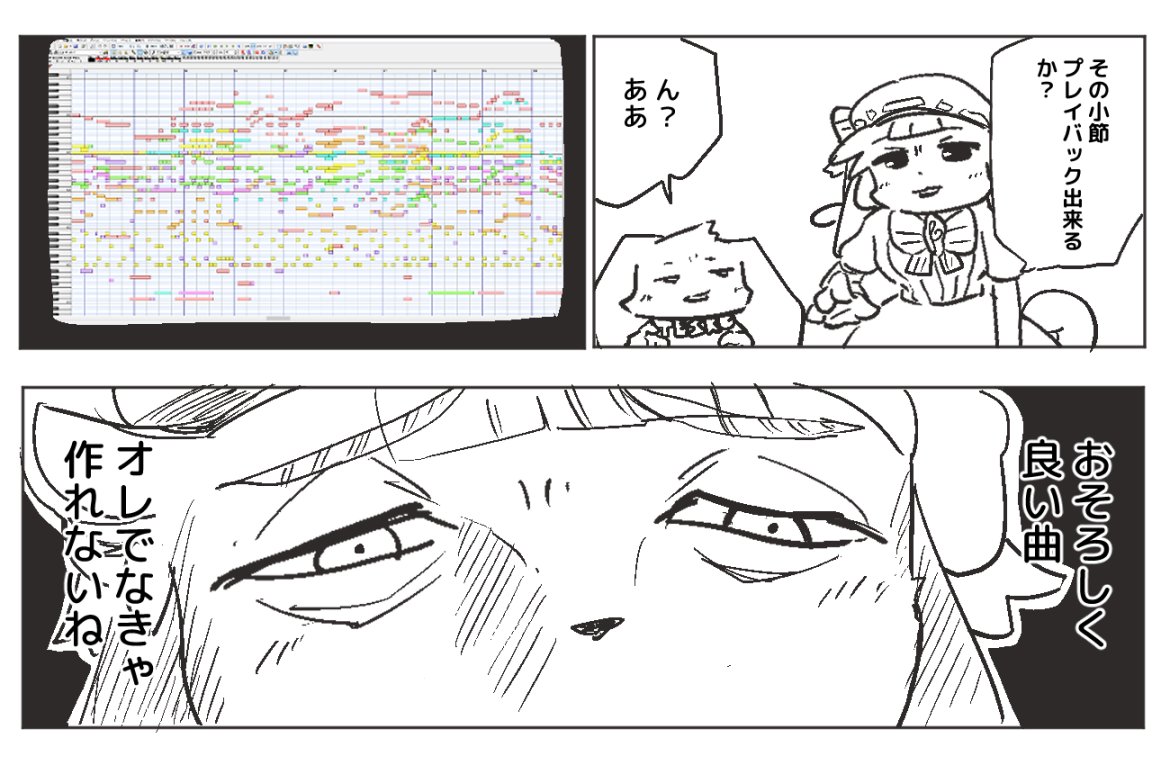 [Roset: "Can you play back that measure?" Tesro: "Hm? Sure."
Roset: "A terrifyingly good song. Truly only I could've made it."]

The songs I've made lately haven't become public yet, but they're all stupid good songs. 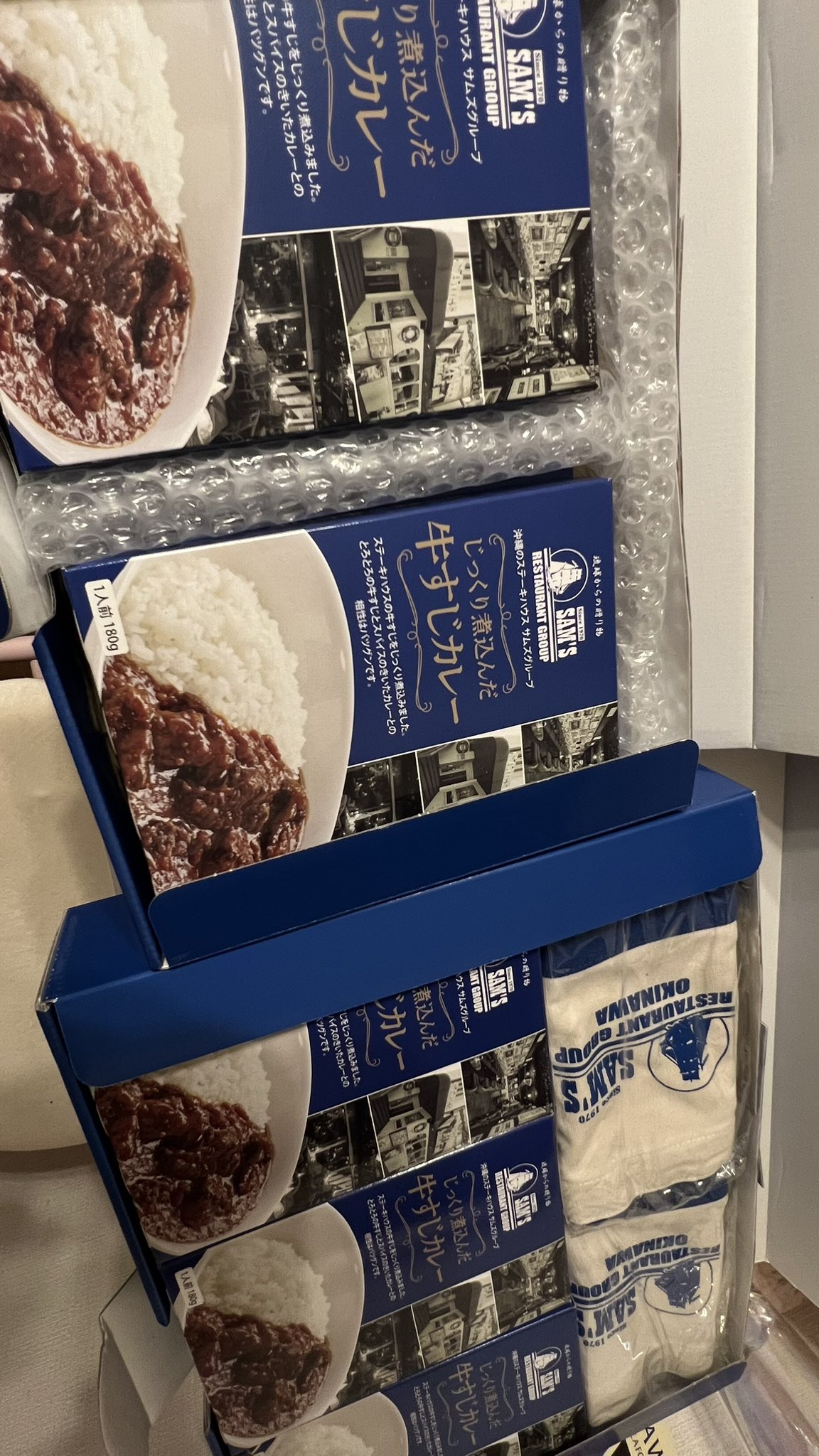 I successfully un-rose the risen monsters.

It's a project and all, so I want to get it nice and prepared first...

There's no chance I can do my birthday project within the month, but is it okay if I stream Monster Hunter??? (???????)

Are you really using all the sound synths you bought on Black Friday?