Starting to theorize I just wanna do movement tech.

Sure enough, it seems Splatoon also has movement tech that you wouldn't notice through self-study like Monster Hunter's barrel bomb iai, so I super wanna practice that now.

Squid Roll's damage reduction seems to not be percentage-based but a subtraction, so if you take a big enough hit you still just die.

All my allies around me died to a Splat Bomb... They were all good guys...

Squid Roll is handy, but you can only use it on ground that's been well-inked, so the times you can make use of it are super limited.

Clip of me being the sole survivor thanks to a Squid Roll.

You can really feel the growth in this clip from how I properly see the angle of the tackle and adjust the angle of my Special Sheathe to match.

Isn't Splatoon so much fun?

Turns out this isn't a game about firing at each other head-on, but gunning down foes from behind.

When I played 2, I was like "I'm so bad at this game, I'll never reach A in my life," but my allies were super strong so I managed to make it happen.

An announcement.
Just now, I've achieved Rank A.
This is all thanks to your guidance and support.
I will continue to press forward alongside my main occupation of Monster Hunter, so please stick with me. 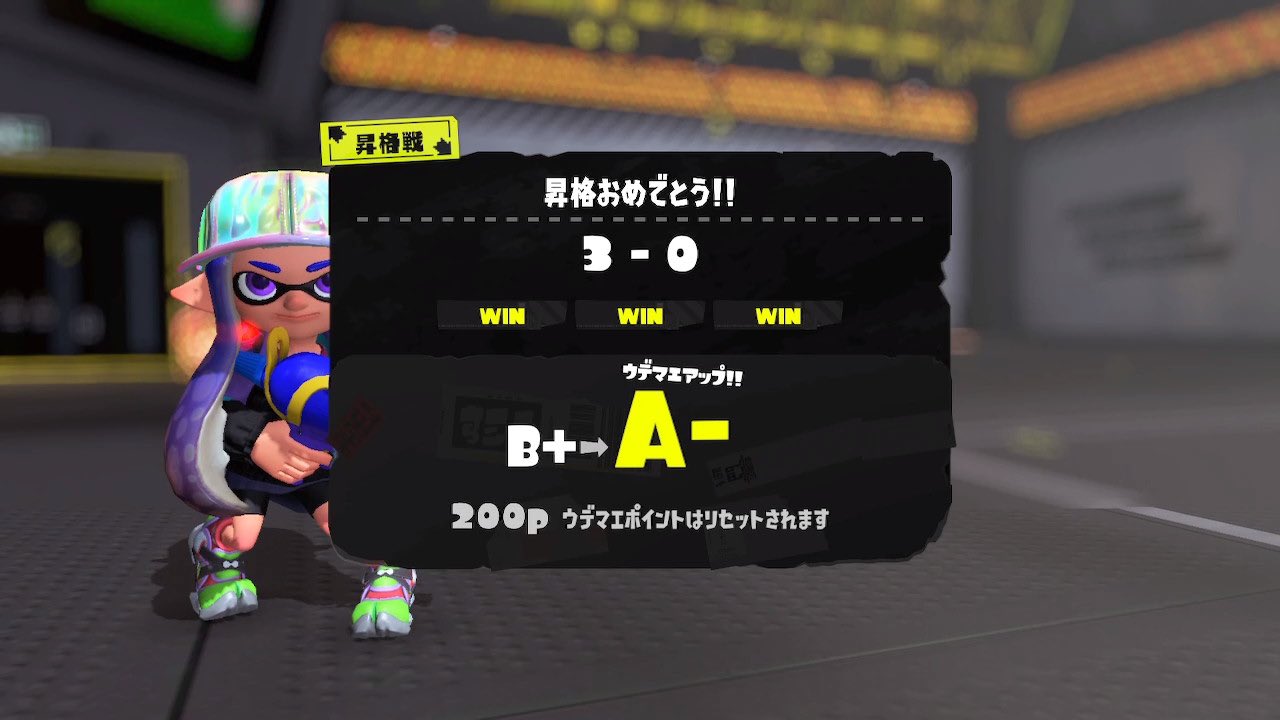 This typhoon's getting unexpectedly cocky, so I wanna beat it up.

Wanna play a paradise kinda game where all players are equal.

Ah, is Squid Roll not invincibility, but a sort of super armor?

Ultimately, I'm doing the equivalent of iai in Splatoon too.

Alas, it seems you're not invulnerable.