Victory goes to those who are good at convincing themselves they're happy. Ah, how happy I am...

Could it be I'm really happy???

I did good, so instead of Ring Fit, today I'll do Drink Fit. :heart:

I meant to make the howling quiet in the mix, but it's super loud... Roset-chan, your voice is too piercing...

I'm so great for working so hard today.

It took around 3 hours to make!

Thanks for the Halloween composition stream! Glad I manged to finish it!!

I'm super nervous whether I can actually make a song...

The impatient Lord Tesro doesn't wait until the curry has fully cooked.

Even so, I will cook for myself.

The day ended while I was writing up that sheet music... Rough...

I like songs where you aren't really sure if it's minor or major.

Also, I'm not entirely sure whether the piano solo part is in minor or major key... It ends up landing in minor, though.

The original key is F, but it becomes Cm while things are popping off in the interlude.

Hold on, this changes key, where does it change key?????

Whoever made this was probably strapped to dynamite and had to include a weird progression every few measures or it would explode.

The person who made this progression is sick. #Dominowns

The chords being completely different between the first and second verses is just so OSTER-song.

Gotta finish this chord sheet before stream somehow... I gotta...

The 7 chords containing augs in the intro alone? Nuts. 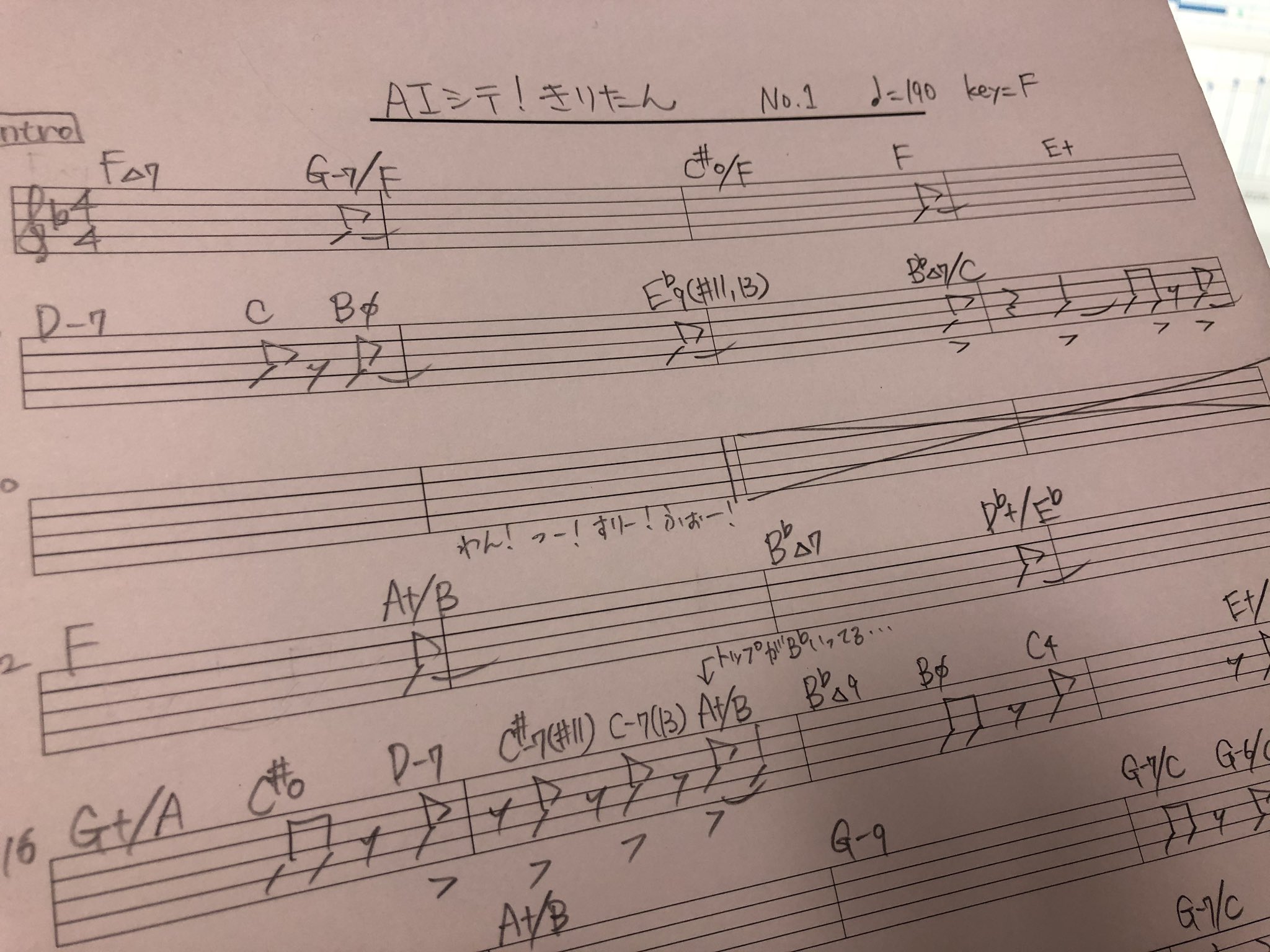 Made a stream layout for today! :jack-o-lantern: (CmM7 Jack-o-Lantern) 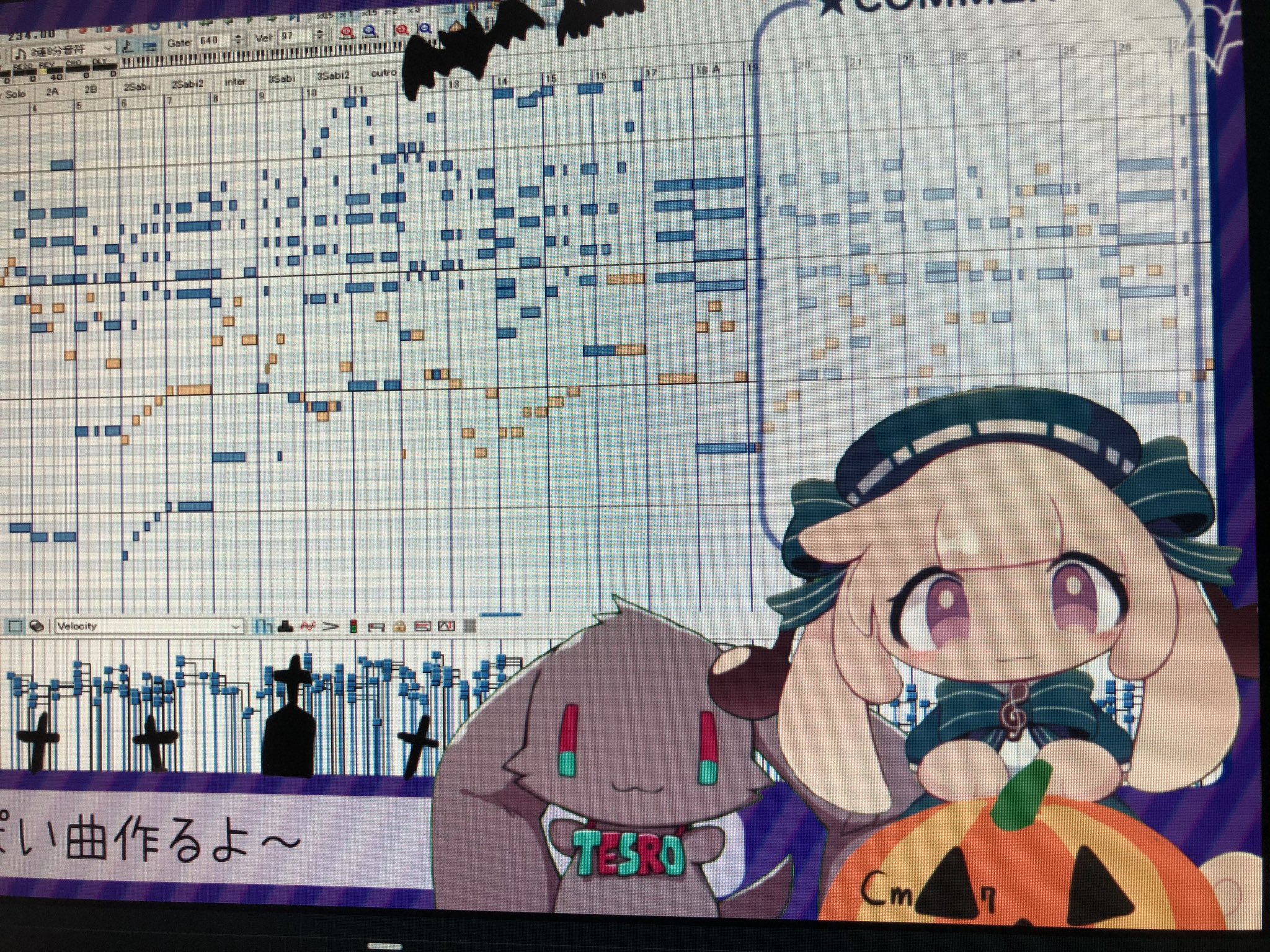 I yell "sexy, so sexy" while piling on 13's and stuff, but to someone who doesn't find chords sexy, I probably just look like I'm nuts... Sad to think.

Tonight's stream will be a Halloween song, so there's a high possibility that sexy chords won't get the chance to appear.

About the only time I agonized a ton over a title but ended up being like "This is it!!" might be Toxic Jam... Most of the time I get a "This is it!" title, I just sorta come up with it at the start...

I'm confronting the issue of being unable to decide a title for this song... At times like this, when I tell others about the title I came up with, they usually tell me "That's incredibly lame, change it."

People who can make sexy songs are sexy.

Whenever I hear sound being conveyed in a way I didn't conceive of, my brain glitches out.

Keienu-san's chords come flying in out of nowhere without missing a beat, it's like magic...

The songs of people good at making songs are good.

My blood cells are currently made of ketchup.

Working hard to do a composition stream tonight. :flex:

But I can't really remember whether it was Date-san or Tomizawa-san.

I had a dream where I went in for surgery, and for some reason my surgeon was one of the Sandwichman guys. [A comedy duo.]