4 AM is when the morning paints and the night paints mix together.

I think if you can say you're great without comparing yourself with anyone, you should say it endlessly. I'm super great for working so hard.

It's not at all like "you're great for having ambition," and I feel like thinking in terms of great or not great like this only leads to discrimination... It's all about whether I can be satisfied with myself, nothin' more, nothin' less.

People tell me it's amazing how I have ambition, but if I could be satisfied with myself without having to be ambitious, that would be easiest for me. (since there's lots of hardship in the process of working toward ambition)

My favorite fruit is pineapple. This will be on the test.

The pure sound of a triad is just the best!! #TweetsThatDontSoundLikeYou

Tesroset thinking that if they become kiwi fruits, Claire-san will like them. 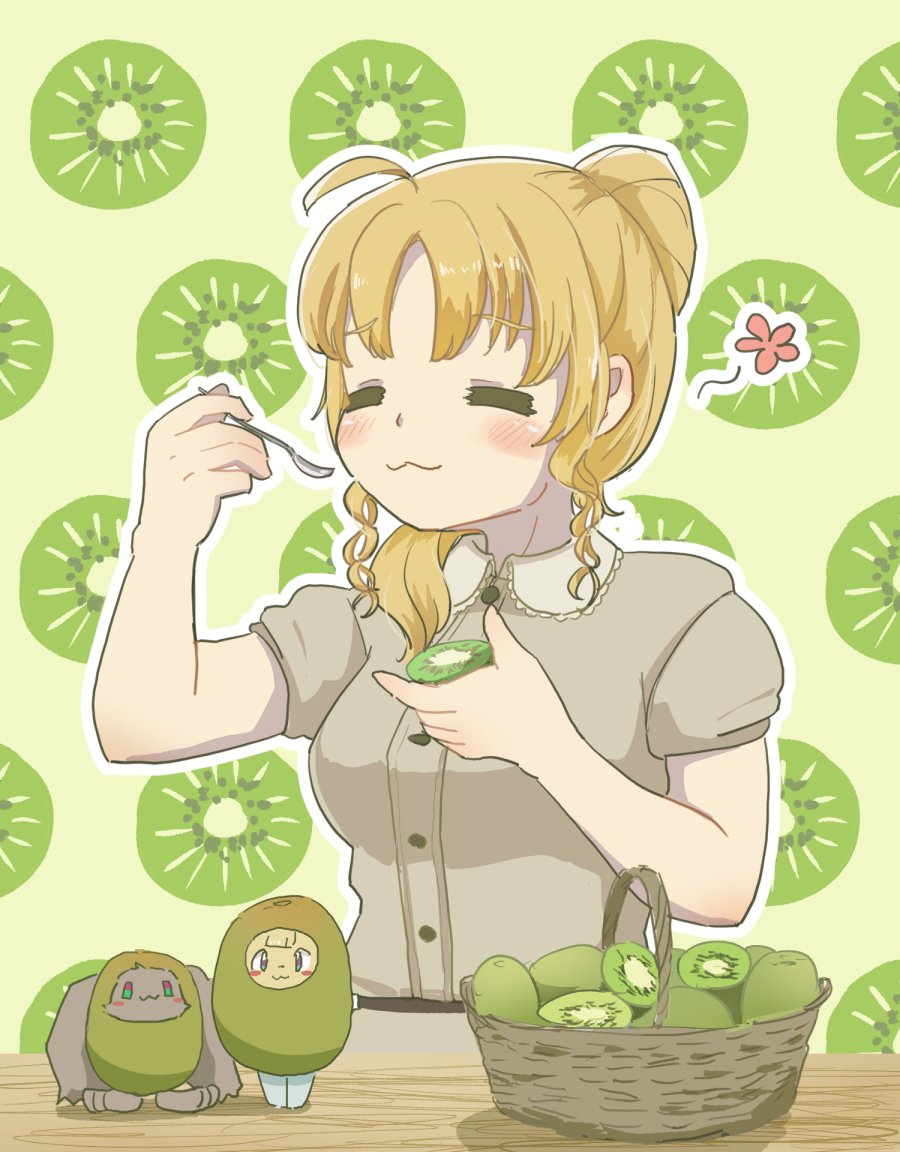 Wanna do another musical... Life is a musical.

If you put a stethoscope to my heart, you can hear a samba kick.

No matter what, whenever I try to make a fusion-style song, it gets closer and closer to Latin. My Latin blood stirs...

My songs might give an impression of a girl wearing a fluttering one-piece eating scones and drinking Earl Grey at afternoon tea, but I like cool songs too and can make them... (insistent)

I want them to release a tool that'll let me train my stomach muscles just by hunting Valstrax.

It's been so long since I Ring Fit, I died after two stages.

If I didn't compare myself to others and feel inferior, I don't think I could've worked so hard at things, so me and inferiority have a win-win relationship.

If this were the Heian period, I feel like there'd be a waka poem like "instead of telling you I love you, I sent a Super Chat."

I'm a genius for loving genius music, and people who love my genius-music-loving self's genius music are geniuses too. Everybody's geniuses.

If nonsensical videos are a kind of surprise, then there's a surprise pretty much daily. (?)

There are fun surprises waiting for those who like Tesroset, so it's in your best interest to become a fan of Tesroset-chan now. (??)