If black holes aren't holes in space but rather celestial bodies, isn't the name "hole" kinda weird? Shouldn't it be something like Dark Damn-Heavy Star?

If I'm reborn as a god in my next life, I'll have fun making black hole onigiri with neutron stars.

I see, is its volume zero, then...? What does "zero volume" mean...? The limits on humans imagining the concept of infinity are making my brain go haywire.

If you squeezed a neutron star tight like onigiri, would it become a black hole? Don't you want to test?

Fixed stars, which are the predecessors to black holes, have limited mass no matter how stupidly huge they are, so how's any amount of condensing it supposed to give it infinite density?!

One time when I went to my parents' house and had drinks, I found some Hibiki on a shelf after my dad went to sleep and drank a bunch of it. (confession)

Let's warm up the bath and look up bars. :hearts:

I super don't get how it's possible physically for something's density to be infinite.

Just one particle out of a pair being sucked into a black hole is such a tragic parting.

I'm about to turn middle-aged, so I wanna do a lot of stuff ASAP.

In the final "lalala" part of Liking Takes You Along,
Tesroset are singing too.

Looking at it that way, maybe my continuing is simply out of not having the courage to stop, but it's all good in the end.

Thinking how I've lived my life just making music, so I'd surely never be of use to anyone in any other way at this point, makes it feel like the most glorious curse.

I've had plenty of days full of regret and wanting to quit, but good for me for still making songs after all!!!

RT @tanji_y [Re: Liking Takes You Along] After over 14 years since Hatsune Miku's appearance, OSTER-san has walked alongside her and all the Vocaloids since her true beginning. Every line feels like it has those years etched into it. That's just how much time has passed since that day.

- Bars are open
- Got some jerks who wanna go drinkin'
Whenever these two conditions are fulfilled, life is the greatest.

So excited for tomorrow.

RT @utbutb I remember asking "Is it okay if I draw her whenever I want?" and being told "Sure," so I drew her, yaaaay. 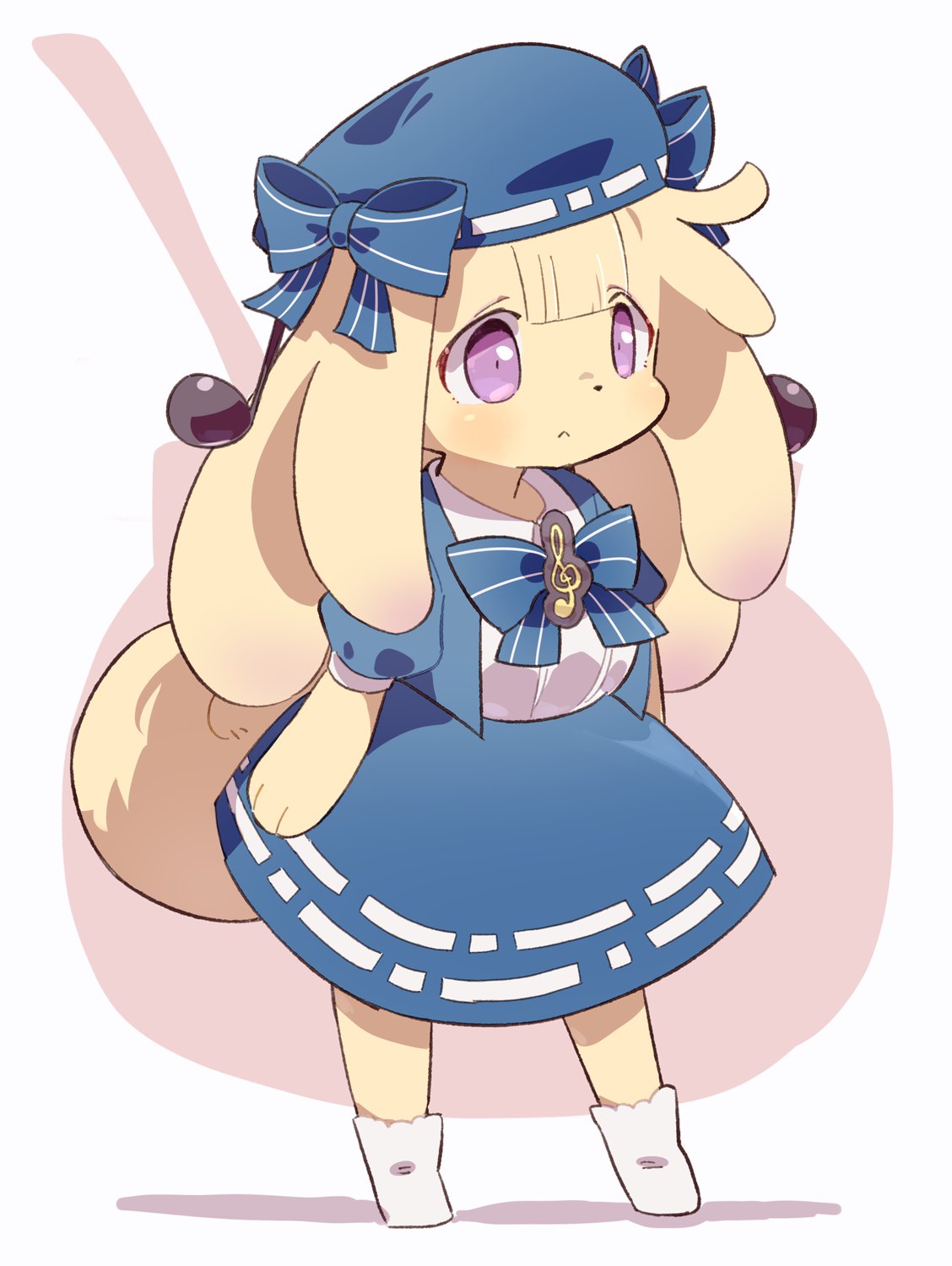 Regarding Liking Takes You Along, I made it with the kind of sound that I figured would be great to hear playing on a record, so by all means, if you can afford it, listen to it on the record...

That reminds me, I tried Apex Arzuros and took 3 deaths, so I'm retiring from Monster Hunter.

I'm the one who's happiest when a song I made gets released!!!!

[Retweeting original announcement of the song] The music video for this song was released on the official Hatsune Miku channel!! Hatsune Miku-san, thank you for everything you do!! Please continue to walk with me through life! :wedding chapel:

Alcohol Takes You Along

Look who's talking, person who made a song saying "drink 'til the morning."

:piano keys: New Song :piano keys:
To all people who live to create.
You can't help but like what you like
because you really do like it.
Liking Takes You Along / OSTER project feat. Hatsune Miku

When we started the climb, I joked "Let's climb the mountain! No chance we'll reach the summit!", but by the time we left, I was like "We ended up drinking ten glasses???", why is why mountains are scary.

As I think about how I think what I'm saying is interesting but I dunno whether anyone else is interested listening to it, I talk anyhow.

Theory: My verification request was rejected because I crowned myself a ruler.

Nothing I can do about it, so I've become a Public Tavern. [Screenshot of that as her new occupation]

At some point, my royal right as ruler of the Twitter Pro Kingdom [the occupation given in her Twitter profile] was stripped from me.

A comic from when we did some mountain climbing. #TesrosetArt 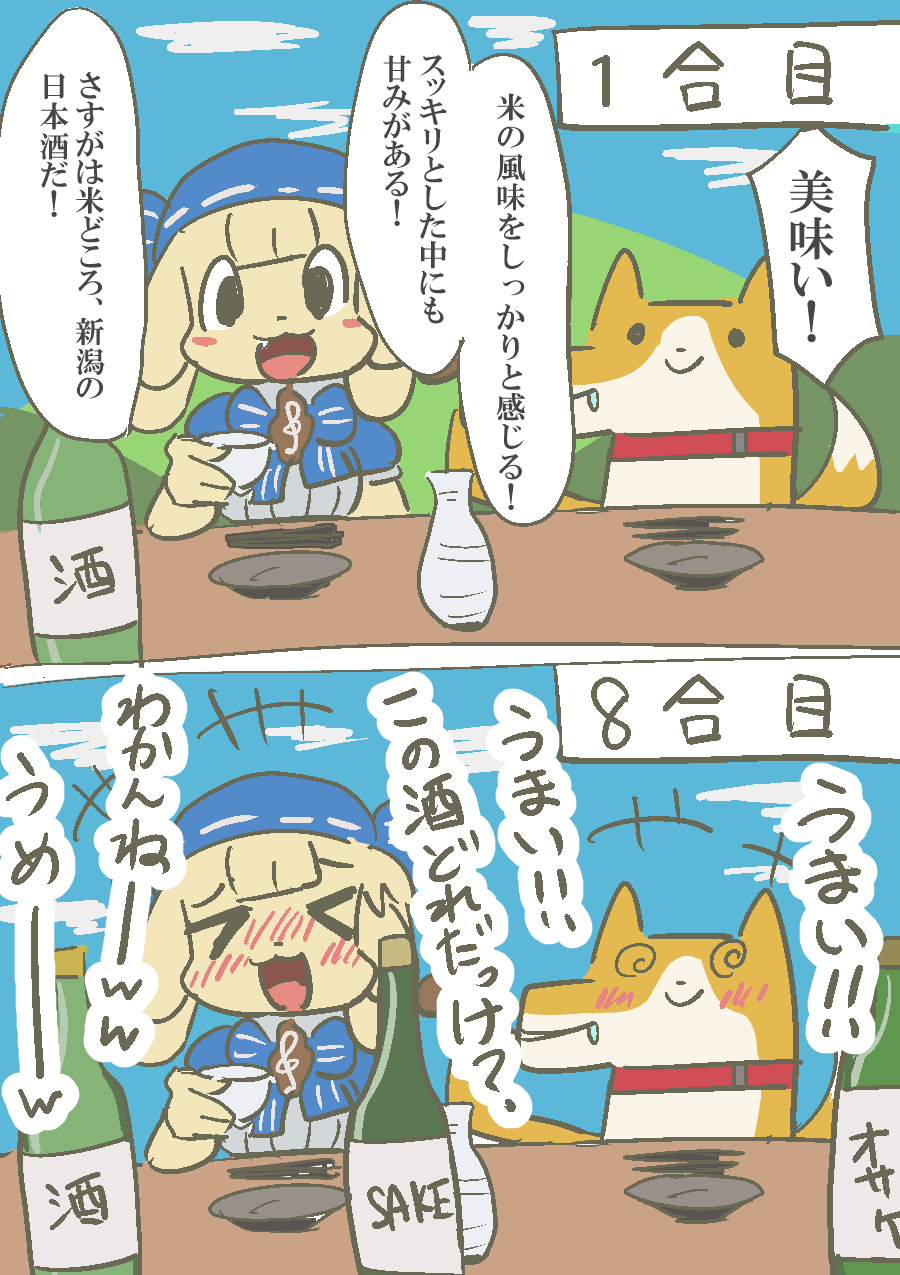 [Glass #1 / "Delicious! I can really detect the rice flavor! Amid the refreshing taste, there's sweetness! Indeed, the rice really shines in Shindaku sake!"
Glass #8 / "So good!! So good!! Wha's this one again? I dunno LOL, s'goooood]

In which I casually read a viewer comment containing "hey Siri" on stream and activate Siri on my own phone.