Man!! It's HOT!!
This summer is looking to be way more hot and humid than the average...
My word, that's terrible!!

Hohoh. But I know the perfect way of staying cool, so to speak.

What would that be?!

(´⌒ω⌒`)っ◎
http://www.amazon.co.jp/dp/B0070YG12K/
3. Order my album "The Fantastic Reality of Aesop", and play the disc-shaped media doohickey that arrives.


Well, what do you think?!?!
Aren't you feeling refreshed already?! Cooler and cooler... 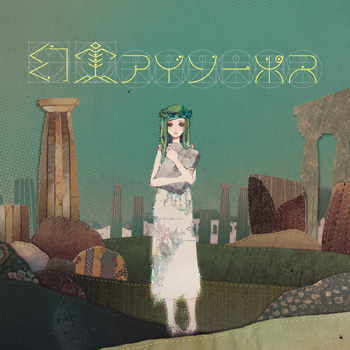 No, but really! "The Fantastic Reality of Aesop."

I really put my soul into making it, so I appreciate all your praise and comments. ♪

I'm really glad people are moved by something I put so much effort into... ///
Thank you very much to everyone who's sent messages or letters.

[General stuff about 39 (San-kyuu) that we all already knew.] 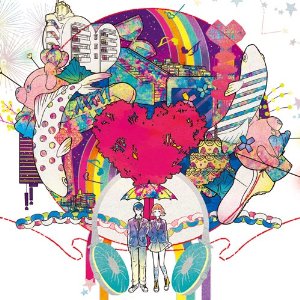 It's my first collaboration with DECO*27, who just the other day released Love Calender!
I was on composition, and Deco was on lyrics.
The arrangement came about from all of us talking it over!

I was thinking a lot about what kind of song and melody and etcetera to make before beginning, but it went quick once things got started.
Deco's got a guitar sound, so I worked my electronic sound into progressions and phrases that suited the guitar.
All the while I was considering our best aspects, as well as trying to feature the instruments of yuxuki, Scop, kous, and 40mP.


Thanks to all that combining of our best parts, well...
Perhaps one could reasonably say we created a song like lotte almond chocolate.* If anyone knows what that means

On the other hand, you could do it like I did as a young Sasakure...
And lick away the chocolate on the outside to eat the nut.
But I highly discourage such wildly alternative ways of eating!! *laugh track*

I've been going to studios for recording and the like far more often as of late. (`・ω・´)

The more people you get involved with, the more works you produce, I suppose.
Meeting lots of people gives you lots of stimulus...

Summer is truly the season of meetings.
* DIDN'T YOU SAY THE SAME THING ABOUT SPRING.


So today, I'm going to let you in on a good-luck charm for getting along with lots of people.


1. Always approach with a greeting and a big smile.

(´⌒ω⌒`)っ◎
http://www.amazon.co.jp/dp/B0070YG12K/
3. Order my album "The Fantastic Reality of Aesop", and play the disc-shaped media doohickey that arrives.