I got some curry from Deco-san. ♪ 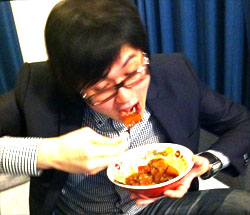 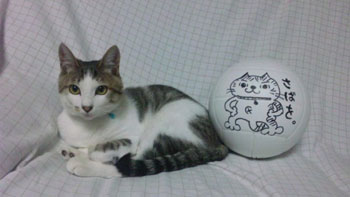 I didn't have a lot of time last month since I was busy, so I'm taking a bit of that back this month.
I returned to my beloved parents' home in Fukushima... ♪
My mother and my kitties have had to put up with a lot, but they're living well there.

I actually found a lot of wild animals around my parents' house.

Cats and tanukis and bats, oh my...
(´＠ω＠`) Man, so are there really bats that just uneventfully live in the city? 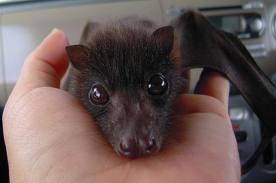 Like this. An itty bitty batling. Surprisingly cute when you look at it this way... ///
(I got the photo from an animal photo site. ♪)

Real live bats don't really have the same cool "clad in darkness" feel as Batman.
At evening, near tunnels or holes, I see them flapping around like "hey, look at me!" (laughs)
They're rather nimble, so I couldn't even snap a photo.

This is Batman's signal, isn't it? 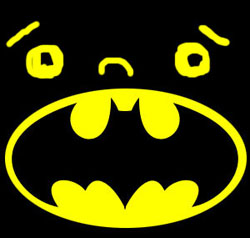 Misinterpreted it as a gap-toothed person.

That is, I saw the bat part as a shadow forming a mouth.
It sure would make eating Sanuki Soba an ordeal!! * Shut up, Sasakure

Well, Batman has ordeals to go through, too.

Surely other people have to have made this mistake, no doubt...! That's what I thought.

So I consulted the Great Gobogle Google. 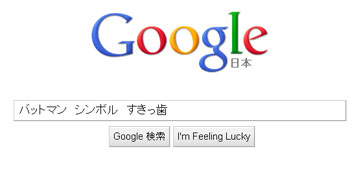 Ho ho... Just how many people have made the same foolish mistake as I...? Clack! 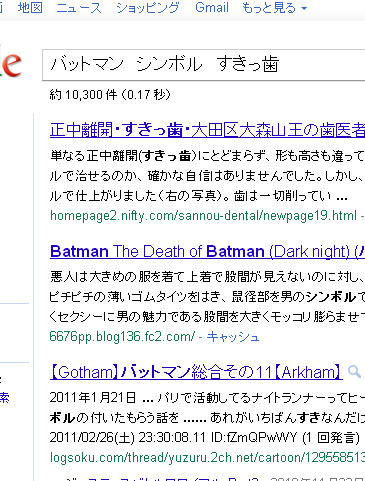 AND YET THERE WERE NONE. 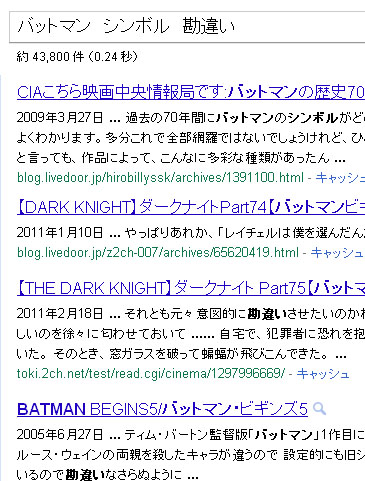 AND YET THERE WERE NONE.

We misunderstand cat robots as tanuki.

This. Happens. To. Any. Japanese. Person.

That's what I THOUGHT!!!

So you mean to tell sasakure.UK that, throughout the entirety of Japan...Not a single person believes in this gap-toothed Batman symbol.
Everyone, focus your eyes. Your teacher is not watching. If you think this way... raise your hand high.

* No one raises their hand

Then I suppose I just lack the "gusto" to see through lies for the truth? 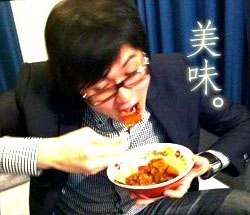 Then for now, I must indulge in this curry in desperation for "gusto."
I must preserve my energy for the coming "Gap-Toothed Batman Symbol War."

* What kind of war would THAT be.

The composition of this photo... Where have I seen...