Happy new year!
I hope you all have a good year.
I was going to post this on the 1st, but it passed me by because of too much traffic on Shinobi Blog! Geeeeez!

The site has been changed to a New Year's style.
Maybe it doesn't fit Ib's style very well... But maybe we can make an exception at least once a year. And so you get Ib and Mary in their Sunday best. (Well, if you wear kimonos on Sunday.)
Sorry if the snakes in the background gross you out or anything... *laughs*
I made them bigger than I planned them to be.

While drawing illustrations for the new year, I accumulated a lot of sketches as usual, so here they are.
They're very rough pencil sketches.
Kimonos are hard... 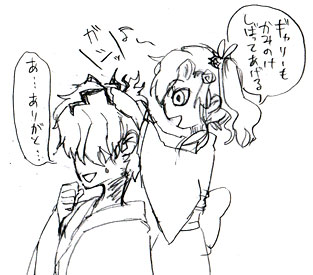 
Step 2: Garry with his hair forcibly clumped together and tied up. 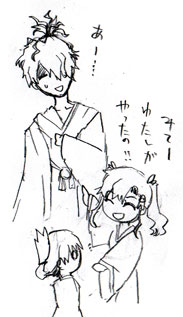 
Aw, cutting the rice cake isn't until the 11th... Someone's hungry for mochi, though. 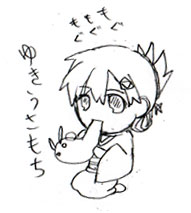 
Garry's someone who'd like to cross the barriers of gender. 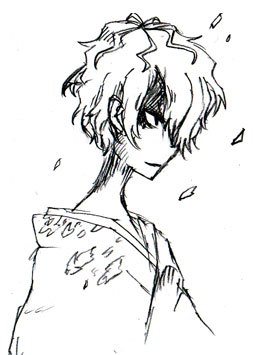 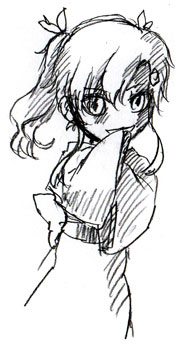