New additions to the Ib Gallery on kouri's site. As usual, spoilers.

A rough sketch of a Death of Individual (Red). Uh, there's bandages on her arm for some reason...
Maybe I should've made the chest a little bigger. 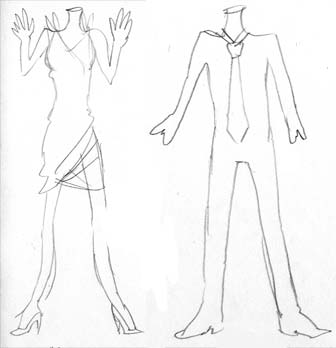 On the right is a Death of Individual with a necktie (male), seen only in the odd gallery.
Sorry, I forgot to give him pants. 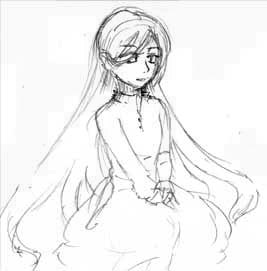 The Lady in Red. I imagined her sitting down like this.
At first you'd be certain she was a beautiful and elegant lady... but... 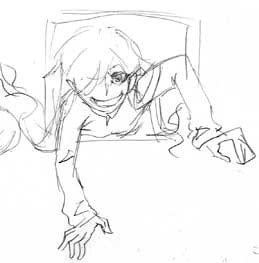 This is how she chases you.
Fated to never leave the spot she was painted in. 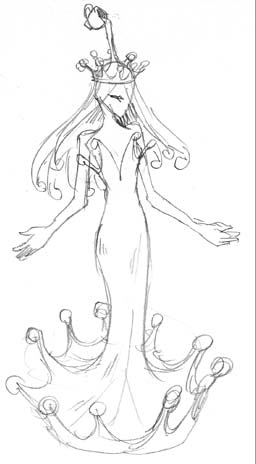 A statue titled "The Milk Queen's Dress."
It was going to be placed near the milk puzzle, but it was scrapped for being too hard to pixel. 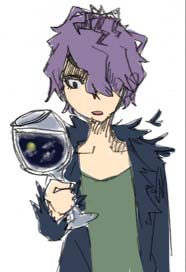 A piece titled "Drinking In the Night."
I was rather fond of it, but scrapped it since there was too much wine glass stuff...
A deep blue liquid is held within. 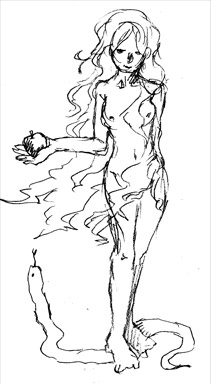 A painting titled "Adam's Offshoot."
Scrapped for being too religious. She's stepping on a white snake. 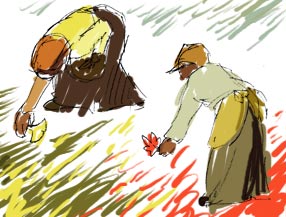 Titled "The Cleaners." Get the reference?
Garry was going to comment "What a familiar painting... I think I've seen it before..."
But I decided I wouldn't include that sort of parody this time.