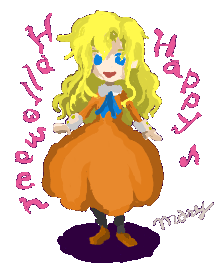 A collection of Halloween-ish illustrations. 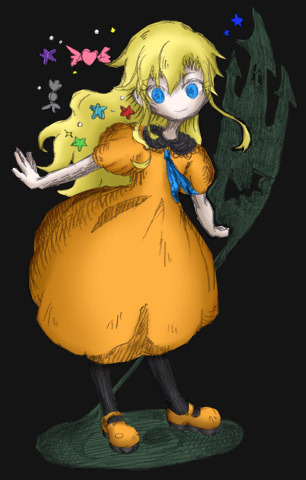 A slight variation of the outfit Mary's wearing in the current front page image.

A mostly-drawn, yet scrapped Ib.
I felt bad about that, so I'm putting it here.

Same for Garry.
Er, I went for the motif of a square cookie divided by fourths into plain and chocolate. (But got frustrated.) 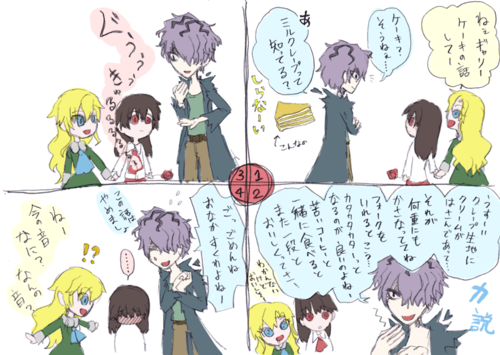 Mary: Hey, Garry, tell me about cakes!
Garry: Cakes, hm...
Garry: Ah! Do you know of mille crêpes?
Mary: Nooope!
(Like this)

(insistent)
Garry: They have cream in between very thin layers of crepe...
Garry: Oh yes, and there are many layers stacked up, of course!
Garry: Ah, and when you stick your fork in, it makes this... clattering, which is quite pleasant.
Garry: And if you have it with bitter coffee, why, it couldn't taste any better!
Mary: I don't get it, but sounds tasty! 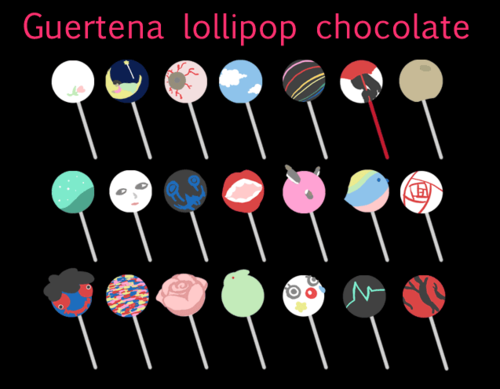 Lollipops with motifs of characters and Guertena pieces from the game.
Can you identify which is which? 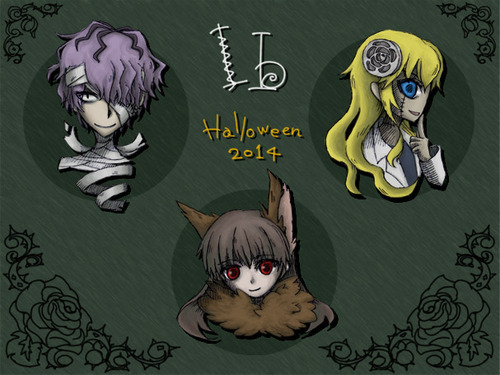 And here are this year's costumes!!